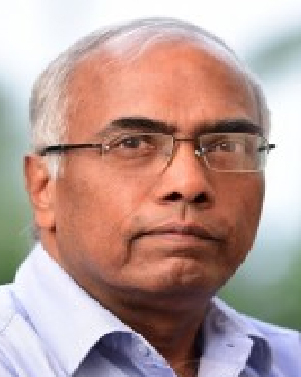 Globally acclaimed iconic photographer Henri Cartier-Bresson, who with his wife was then present in the Tiruvannamalai Ashram, related his experience thus: “It is a most astonishing experience. I was in the open space in front of my house, when my friends drew my attention to the sky, where I saw a vividly-luminous shooting star with a luminous tail, unlike any shooting star I had before seen, coming from the South, moving slowly across the sky and, reaching the top of Arunachala, disappeared behind it. Because of its singularity we all guessed its import and immediately looked at our watches – it was 8.47 – and then raced to the Ashram only to find that our premonition had been only too sadly true: the Master had passed into Mahanirvana (all-pervading and deathless Selfhood) at that very minute."

While writing the introduction of a book on Ramana Maharishi, renowned psychiatrist and psychoanalyst Carl Jung says: Shri Ramana is, in a sense, a hominum homo, a true “son of man” of the Indian earth. He is “genuine,” and on top of that he is a “phenomenon” which, seen through European eyes, has claims to uniqueness. But in India he is merely the whitest spot on a white surface…Shri Ramana’s thoughts are beautiful to read. What we find here is purest India, the breath of eternity, scorning and scorned by the world. It is the song of the ages, resounding, like the shrilling of crickets on a summer’s night, from a million beings. This melody is built up on the one great theme, which, veiling its monotony under a thousand colourful reflections, tirelessly and everlastingly rejuvenates itself in the Indian spirit, whose youngest incarnation is Shri Ramana himself. It is the drama of ahamkāra, the “I-maker” or ego-consciousness, in opposition and indissoluble bondage to the atman, the self or non-ego…”

Robert Adams from California, who became a renowned spiritual master later in life, came to Ramana Maharishi (on the instructions of ParamhansaYogananda) in 1946 at the age of 18, says: “ I was awakened at about five in the evening by Ramana himself, who had brought food for me. Can you imagine that? We spoke briefly. I ate and slept. The next morning I went to the hall. Everybody sat around just watching Ramana. He would go through the mail and at times may read it aloud, talk to some devotees, but his composure never changed. Never did I see elsewhere such compassion and love… There were Muslims, Catholic priests and people from many races and nationalities at the Ashram… I have been to many teachers, many saints and many sages. I was with Nisargadatta, AnandMayi Ma, Papa Ram Dass, NeemKaroli Baba and many others, but never did I meet anyone who exudes such compassion, such love, such bliss as RamanaMaharshi.”

In this context a few extracts from Ramana Maharishi’s seminal treatise, “Who Am I”will provide an invaluable essence of Maharishi’s teachings:

As all living beings desire to be happy always, one should know one’s Self. For that, the path of knowledge, the inquiry of the form “Who am I?” is the principal means.

When the mind, which is the cause of all cognition and of all actions, becomes quiescent, the world will disappear. What is the nature of the mind? What is called ‘mind’ is a wondrous power residing in the Self. It causes all thoughts to arise. Apart from thoughts, there is no such thing as mind. Therefore, thought is the nature of mind. Apart from thoughts, there is no independent entity called the world. In deep sleep there are no thoughts, and there is no world. In the states of waking and dream, there are thoughts, and there is a world also. Just as the spider emits the thread (of the web) out of itself and again withdraws it into itself, likewise the mind projects the world out of itself and again resolves it into itself. When the mind comes out of the Self, the world appears. Therefore, when the world appears (to be real), the Self does not appear; and when the Self appears (shines) the world does not appear. When one persistently inquires into the nature of the mind, the mind will end leaving the Self (as the residue).What is referred to as the Self is the Atman.